Following on from the sell-out success of April’s Brains Collide, Bright Club Melbourne returns, this time hosted by Catherine Deveny. Six more researchers, all based in medical research, and from across the University of Melbourne brave the comedy stage to to tell you about what they do to help you get fixed when you are broken. Bright Club is also in a new venue this time, the PA on Grattan Street, there is limited capacity so make sure you get your ticket before they sell out – they did last time!

MC for the night is Catherine Deveny

This event is made possible by The Florey Institute – the largest brain research group in the Southern Hemisphere. Also by the Walter and Eliza Institute of Medical Research and the University of Melbourne. All profits from this event go to supporting medical research.

Brains will collide at Bright Club’s first outing in Melbourne! Hosted by Melbourne’s very own “Man in a lab coat”, Ben McKenzie, and featuring music from comedian Catherine Deveny. Six of Melbourne’s finest brain scientists will take to the stage and entertain, amuse and amaze you. The theme for the night is “My First Time” because it will be for all of our researchers up on stage, it’s the first time the Florey Institute have put on a Melbourne International Comedy Festival event, and it’s Melbourne’s first ever Bright Club too.

MC for the night is Ben McKenzie

Tickets will be $25 on the door and are likely to sell fast. Book online to avoid missing out. The bar will be open from 5.30pm. 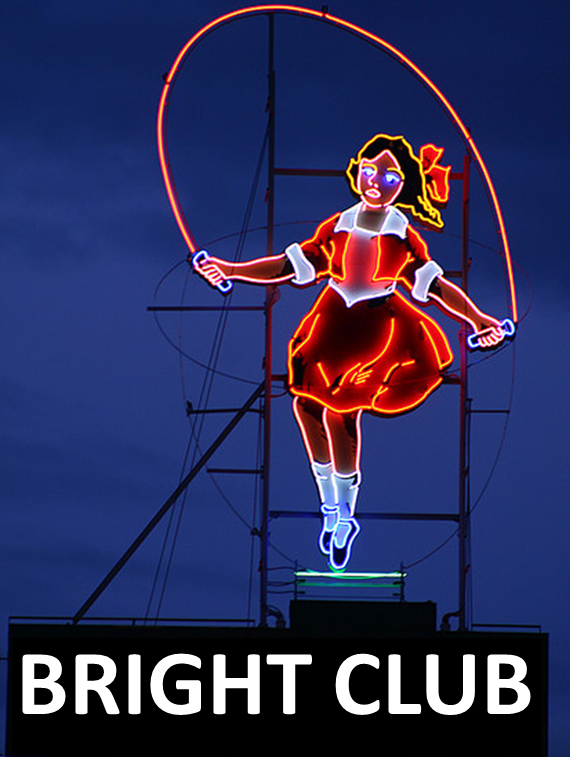